By This email address is being protected from spambots. You need JavaScript enabled to view it. Principal, GSTS Consulting Services - Public Relations 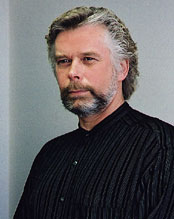 Getting a favorable vote for switching to a mutual bank charter is one part of the conversion process. Success requires a cost-effective combination of disclosure, public relations, and member solicitation. A sound business case for conversion and the right conversion team provide the tools for motivating members, addressing opposition, and setting the stage for solid post-conversion public relations.

The disclosure statement and supplemental Q & A address most questions members have about conversion, and a favorable vote should be assumed, if the member takes the time to vote. So, part of the solicitation process involves motivating complacent members to vote. About 20% of the members typically vote in these campaigns and so a large pool of members can be contacted using various methods. Because opposition is usually concentrated in the hands of a vocal minority, attracting a higher percentage of membership helps secure a favorable outcome.

The public relations (PR) plan is closely aligned with the member solicitation plan. The PR plan must outline the objectives, target audiences, key messages, and tactics for getting the membership out to vote and managing the opposition. Front line employees play a key role in reaching members, and successful campaigns are both inclusive and fun. Care should be taken to ensure the management team sends the correct messages to employees.

Community leaders and the local press are quick to embrace the entry of a new bank into the market, and can often be counted on to voice public support for the conversion and help with the public relations. In addition to the tax revenues and CRA obligations assumed, these leaders recognize that community banks traditionally play a major role in funding the local infrastructure. History illustrates that new banks are quick to make the tough loan decisions and to execute fresh business plans that are critical to a community’s growth, survival, and / or regeneration. For many community leaders, the purpose of a credit union is sometimes fuzzy or misunderstood, and most credit unions are seen as serving the needs of an exclusive segment, not the community’s broader interest. Thus, a bank conversion sends a strong and proactive message that the institution wants to become a more important community player.

Conversion specialists agree a few critics should be anticipated. The ones that contact the conversion information line or speak with management personnel can often become supporters. Some, though, will never be convinced. Not only will they be motivated to vote no, they will try to lead others down that path. A few of these critics are well known to management since they weigh in against almost every management agenda. Other vocal critics could include employees of competing credit unions, disgruntled former employees, jilted job applicants, denied loan applicants, CU trade association representatives, and consumer activists looking for a cause.

In addition, the NCUA and credit union trade associations are taking steps to make conversion more complex and expensive. You may discover they are working under the radar to attack your messages and obscure the issues in an effort to influence a no vote. In what looks more like an effort to intimidate directors looking at the process, a few CU trade associations have vowed to interfere both directly and indirectly in upcoming conversions.

So far, members of 35 credit unions have successfully obtained the vote. In two instances, despite the fact members voted in favor, a politically motivated regulator intervened and issued rulings that required a re-vote, which turned out favorable. Voting participation varies, as does the final count. Most credit unions should expect that 15% to 20% of the members will vote as a result of the three statutory notices mailed first class to eligible members. Current federal rules require 50%, plus 1, of those voting to approve the deal. Some states require a higher percentage. By way of a scorecard, the approval ratio for a couple of conversions, for unique reasons, was just over the 50% range, while the rest exceeded a 60% or even an 80% vote in favor.

The most costly part of the conversion process involves the printing and mailing of notices to members. Mailing just one notice and disclosure under the onerous pre HR-1151 conversion rules could cost over $2, and reminders were costly as well. Recently, we’ve budgeted around $4.50 per member for three notices and solicitation. For the future, as a result of proposed NCUA disclosure rules, proposed legislative quorum requirements, and the threat of more organized opposition we plan to increase the solicitation budget. As a result of its involvement with the majority of the conversions, CU Financial Services has identified various indicators for determining the correct allocation of financial resources for getting a successful vote. Like many business outcomes, the greater the investment, the more predicable the result.

Visionary management teams have always faced resistance when introducing change; consider checking accounts, government securities investments, mortgage lending, business lending, investment services, mergers, and debit cards. A few critics always surface. Change is difficult and requires investment and effort, but the consequences of maintaining the status quo can be much more costly, even leading to irrelevance. The conversion to a bank charter is both visionary and strategic. Although converting to a bank is not appropriate for every credit union, those who have made the move have harnessed powerful marketplace and economic forces, and their growth and success since conversion have validated the wisdom of the decision.

Across the credit union system today, there is an abundance of news and comment about conversions past, present and future. Unfortunately, there is much misinformation, some of it politically motivated. For any credit union contemplating a conversion to mutual savings bank status, which I believe is one of the most revolutionary and exciting opportunities ever made available to CUs for achieving successful growth, it pays to deal with experienced professional advisors. Call This email address is being protected from spambots. You need JavaScript enabled to view it.at 800-649-2741 to get the facts about this strategic option.