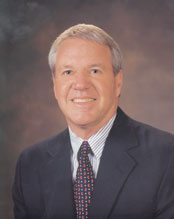 In this article by Lee Bettis, former CEO of AGE Credit Union, subsequently Heritage Bank of the South, you'll learn why the mutual holding company structure delivers the best of both worlds—raising much-needed capital while retaining member control.

No one would argue that failure to achieve a business plan brings with it all sorts of problems. But success – in the form of faster growth – carries its share of problems, too.

One of the biggest problems facing successful credit unions is a chronic shortage of capital. A 2002 survey of NAFCU members concluded that an astounding 42% expect to need capital soon in order to maintain growth, to meet Prompt Corrective Action (PCA) requirements, or other reasons. Exacerbating the problem is the 7% core capital ratio CUs must maintain, compared to 5% for banks. CUs also take a ‘capital haircut’ because of concentrations in real estate loans, business loans, and certain investments. And they have no access to the capital markets without converting to a bank charter. In addition, the NCUSIF is likely to have problems keeping up with the growth rates of large credit unions, thus leading to the need to charge premiums, an unpopular subject especially with smaller credit unions already faced with earnings problems.

The Trend to Mutual Holding Companies

Mutual banks can raise capital in a number of ways. One obvious way is a public offering of shares, to which the former credit union’s members have first right of refusal up to a certain limit. But because not all members will choose to participate, or participate to the same degree, the ownership composition of the institution will be immutably changed.

The MHC, in turn, will own the shares of a bank holding company, which can sell stock to members of the institution and the community up to 49% of the capitalization. It is this stock-based holding company that would own the stock-based operating thrift, plus any number of subsidiaries for mortgage lending, insurance, securities or other businesses permitted and fitting the institution’s objectives. In the same way a credit union owns a CUSO, which is stock-based, the co-operative operating philosophy is filtered downward. Control is maintained.

Without selling any stock, the MHC can raise capital in other ways. It can arrange a commercial loan at the stock holding company level or organize a non-voting trust to offer shares to institutional investors. The proceeds are pushed downstream to create core capital in the subsidiary bank and for the support of its operating companies.

Keeping the voting rights at the top level -- still in the hands of the original members -- allows the institution to retain its co-operative philosophy, community focus, management team, directors and culture.

“It’s really the best of both worlds,” explains Alan Theriault, president of CU Financial Services, a credit union consulting firm specializing in charter conversions. “The mutual holding company is depositor-owned and non-stock, allowing the members to keep control. Two levels down, management can raise all the capital it needs to pursue its business strategy and opportunities, without the same burden faced by managers of public companies in answering to stockholders. Stock-based compensation programs transition this hybrid into a member and employee-owned cooperative, thus capitalizing on superior consumer attitudes toward both of these co-operative business structures.”

In conclusion, expansion-minded credit unions exploring a charter conversion have four primary options: community credit union; mutual savings bank; stock-based bank; and mutual holding company. The community charter addresses the field of membership problem. But it still leaves the CU stuck with severe limits on its powers and forced to build capital at a snail’s pace. The mutual savings bank option lifts the limits on activities such as real estate and commercial lending. But building core capital is mostly limited to increasing retained earnings and other capital strategies efficient for large institutions only.

Converting to a publicly traded, stock-based institution offers broad powers for product diversification and opens the doors wide to capital. But it strays from co-operative roots, and some critics feel that demutualization amounts to disenfranchisement of some members.

On the other hand, moving to a mutual holding company – a hybrid structure that combines co-operative ownership with capital-raising powers -- is a neat balancing act. You can serve your members and build the strength to serve the community at large. Mergers and acquisitions are also facilitated.

This scenario held true for HeritageBank of the South

, a $570 million-asset bank that started life as AGE Credit Union of Albany, GA. After a successful conversion in 2001, the new bank’s growth blossomed, particularly in mortgage lending and commercial banking. In 2002, it reorganized under the mutual holding company structure.

Heritage is well-equipped to explore mergers with credit unions attracted by the possibilities of a mutual bank charter. And this course of action is a bold new alternative to the typical CU-to-CU merger. On top of their operating efficiencies and deep talent pool, progressive mutuals like Heritage allow the merging entity to retain its board of directors, corporate identity and co-operative philosophy.

Across the credit union system today, there is an abundance of news and comment about conversions past, present and future. Unfortunately, there is much misinformation, some of it politically motivated. For any credit union contemplating a conversion to mutual savings bank status, which I believe is one of the most revolutionary and exciting opportunities ever made available to CUs for achieving successful growth, it pays to deal with experienced professional advisors. If you think you’ll need regulatory capital in the next few years, call This email address is being protected from spambots. You need JavaScript enabled to view it.at 800-649-2741 today.